Article by: Darryl Grech, Administrator of Breeds of Origin Conservancy

Apis mellifera ruttneri is Malta’s black honeybee. The Maltese black honeybee has adapted superbly to the harsh climatic conditions of our islands and displays excellent characteristics, such as hardiness. However, the reputation of the A. m. ruttneri bees among some beekeepers is poor and partly based on insufficient knowledge, inadequate selection or poor management routines. Opinions are mainly based on the “old bad reputation” of A. m. ruttneri as being aggressive and having a high swarming tendency. 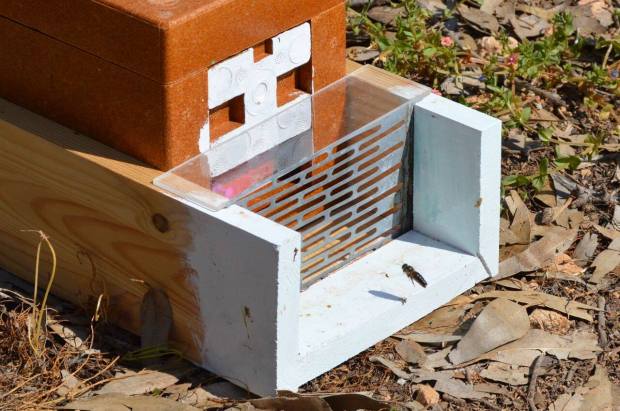 A. m. ruttneri is being introgressed and replaced by other European or synthetic subspecies such as the Italian yellow coloured bee, A. m. ligustica and Buckfast, to the degree that it is currently endangered with only a small population left. The fact that honeybee colonies can easily be imported forms a common threat to all of the native honeybee populations but more so to small closed genetic populations like ours.

Due to the limited size of our country, it is very difficult to find suitable isolated mating areas for A. m. ruttneri bees. Mating stations for conservation purposes should be established.

Recently, Mr. Thomas Galea (Breeds of Origin Conservancy), Professor David Mifsud (University of Malta) and Dr. Aleksandar Uzunov (Hessen Bee Institute in Germany), who are leading the conservation efforts for the Maltese black honeybee, coordinated and conducted a valuable two-week scientific study in Comino as part of the conservation initiative for A. m. ruttneri.

The work involved setting up a number of mating hives on the island to observe and gather data on the mating behavior of A. m. ruttneri and assess the area as a possible future conservation area. 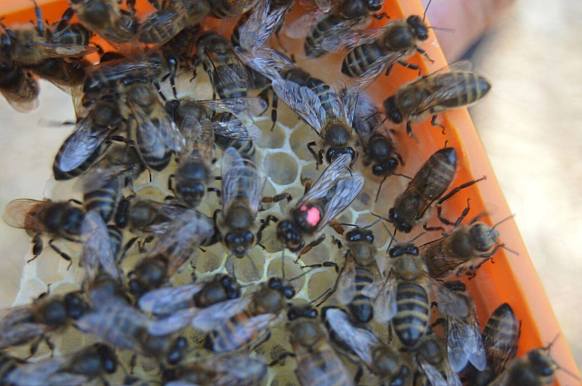 Furthermore, starting this year, a data gathering research is being conducted in an effort to better understand and obtain more knowledge on A. m. ruttneri. This is a joint collaborative action between the University of Malta and the Hessen Bee Institute in Kirchhain, Germany, and supported by Breeds of Origin Conservancy, a local non-profit organisation that works to promote and ensure the conservation of the threatened breeds, species, subspecies and varieties of the Maltese islands.

Additionally, under the tutelage of the SmartBees Project, the Malta Beekeepers Association in collaboration with the University of Malta and Breeds of Origin Conservancy, are coordinating a breeding program, where the A. m. ruttneri colonies are performance tested for temperament, swarming tendency, honey production and varroa resistance amongst other traits.

This is a huge step forward for the conservation and sustainable use of A. m. ruttneri. The most essential component to safeguard our honeybee is good coordination and cooperation between all actors involved.

The conservation of A. m. ruttneri is seriously threatened and an important issue in fulfilling Malta’s obligation to the Rio Convention. More support is required to encourage these conservation efforts and research activities to avoid the currently inevitable disappearance of this unique bee.

Maintaining our locally adapted Maltese black honeybee population is of vital importance to preserve biodiversity and for obtaining different products with potentially unique characteristics. One should keep in mind that Europe is home to only 10 of the 27 currently recognized honeybee subspecies, with one of them being A. m. ruttneri.

Apis mellifera ruttneri is more than just a bee, it is OUR bee!

Jeanette has studied agro-ecosystems management and has been working in the agriculture industry since 1998.

Her experience ranges from employment in the public and private sectors, working in vocational training, volunteering in the third sector and contributing to start-ups and entrepreneurial activities.