Marine debris is a massive problem in all the seas of the world. Are we so blind to see the harm it is causing? It claims the life of many sea creatures including the turtle. Today a couple of shocking photos reveal a lifeless sea turtle, washed on a Maltese rocky beach. Plastic materials take ages to degrade and in the meantime they float around, on land and sea.

So what can we do? Whenever you are about to use a plastic bag, think about where and how it will be disposed off. At times I find myself seeing dozens of bags flying around near markets or near snack bars. All this can be avoided, if plastic bags are disposed of properly.

The harm caused by plastic in the sea has been studied by many scientists. According to Sea Turtle Conservancy the solutions lies in Education. The public can get involved in this issue by: 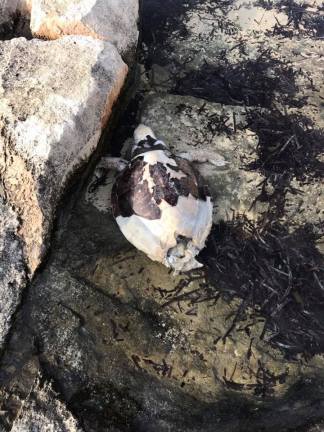 What a pity! Photo taken by Leander Mizzi 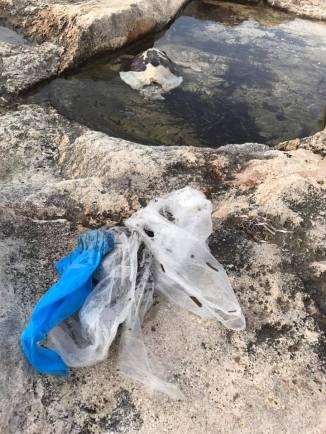 A dead turtle washed up the shore. Photo taken by Leander Mizzi