I’m writing this piece in response to the article that has been published today on the Times of Malta regarding pesticides.

Pesticide residues are not acceptable

No one can doubt, or argue against the fact that pesticide residues makes food unsafe. This claim is serious and not even a minute percentage is acceptable. When it comes to food, we cannot accept half measures. After discussing this issue with various departments, I know for sure that rigorous food tests are being carried out, but none of the results are published from the same authorities conducting them. We should know more about the food we eat, and not only from newspapers, but from the competent authorities themselves. We, as consumers, are being left in doubt, while the farmers are being collectively and unfairly accused of selling unsafe products. The crux of such an issue is enforcement. We need more tests, and quicker notifications of results. If a farmer is found to be guilty of pesticide abuse, he or she should be arraigned in court immediately so that justice can take its course. 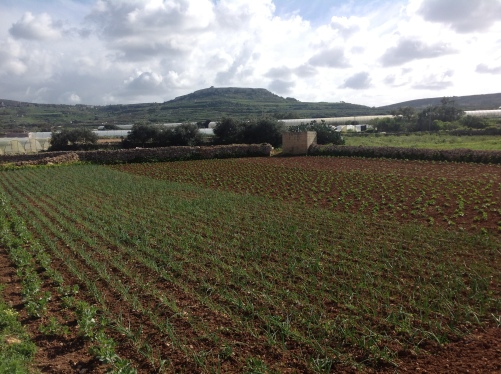 Just today I visited a grower managing a commercial farm where integrated pest management is practiced. Crop rotation is one of the traditional practices still being used on local farms.

There seems to be confusion from where the MCCAA samples have been taken. In the first line of the article, one gets in the frame of mind that we are reading about the Farmers’ Market in Ta’ Qali. Then, we are being told that the MCCAA spokesman has told The Times of Malta that the “samples were taken from the Pitkalija last year”. Then again the author refers to the Farmers’ Market.

Now, it’s very important to understand that the Pitkalija and the Farmers’ Market are not the same thing!

The Farmers’ Market is the system whereby farmers or co-op representatives sell their own produce. At Ta’ Qali this happens on Tuesdays and Saturdays only. Therefore, those of us who buy from the Farmers’ Market, would be buying directly from the producer.

We need stricter enforcement to clamp down the few remaining irresponsible farmers who are not respecting safety standards. Such residue tests and enforcement processes require a great deal of resources. Nonetheless, MCCAA and other related departments should have access to all the human resources and funds they need to properly do their job.

Maltese farmers are obliged to follow pesticide application courses by law. Over the past few years, such training has greatly improved the way crops are being produced. We surely cannot put all the farmers in one basket. It is not fair towards those respectful farmers who carry out their work meticulously and care about the safety of those who consume the product. Pesticides are commonly used in both conventional & organic farming. Many still believe that organically produced food cannot be treated with pesticides. This is not the case and I shall explain more about such facts in future blogs. 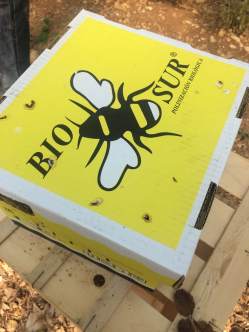 Bumble bees are often used in greenhouses to improve pollination. It is a natural way how farmers boost crop production

Contact the MaYA Foundation for more information about local agriculture.

One thought on “Pesticide residues on Fruit & Veg”